It’s election season and of course everyone is focused on the City Council races. It is always the top level positions that are the topic of conversation and get the most press.. However, I would like for you take notice of a little known position called the DC Pledged District-Level Delegate. The Delegate position is elected by the Democratic voters of the District of Columbia to represent them at the Democratic National Convention (DNC) to be held the week of September 4, 2012. That means the winner(s) will travel to Charlotte, NC for the DNC to represent issues important to the District like D.C. Voting Rights/Statehood and cast their support for the Democratic Presidential nominee – President Barack Obama. 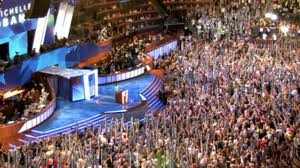 What makes this position so interesting is that there will be a total of 14 Delegates elected to represent the District. Seven (7) people will be elected from either Wards 1, 2, 6 or 8. And another seven (7) more elected from Wards 3, 4, 5, and 7. Unlike the City Council election where there is only one winner, the Delegate election there will be multiple winners. Election will take place during the DC Democratic Cacus in the coming weeks. It would be great to have more than one person elected from Ward 8. I’ve always believed that in order to see some real change in our Ward it takes more than just a person elected to City Council. You need people who share a common vision amongst all available political positions that can have an impact in Ward 8.
So if you are interested in serving in this position you have until February 17, 2012 to declare your candidacy. To learn more please visit the DC Democratic State Committee website at: www.dcdsc.org and click on the applicable link. I have also included the application below.

Posted by CHARLES WILSON at 6:25 PM No comments:

On January 17 civic activists Bryan Weaver and Sylvia C. Brown filed paperwork with the D.C. Board of Elections and Ethics (BOEE) to establish the D.C. Committee to Restore the Public Trust. The committee will work to get a ballot initiative to ban corporate contributions to D.C.’s political funds on the November 6 general election ballot.
Political funds include candidate campaign committees, constituent service funds, legal defense funds, and transition and inaugural committees
The Council of the District of Columbia debated and passed an overhaul of city ethics laws in the wake of a guilty plea by former Ward 5 Councilmember Harry Thomas, Jr. in late December 2010. Members of the Council and the Mayor continue to be under legal scrutiny. During the debate, however, amendments to regulate political contributions were knocked down.
Weaver, who is a former Ward 1 Advisory Neighborhood Commissioner and Council candidate, said, “I was hopeful that the DC Council's ethics law would have addressed corporation contributions, but the Council punted. The ballot initiative aims to address the loopholes in District laws that give undue influence over elected officials.”
“Restoring the public trust in our civic process matters,” Brown said. “The Council's ethics initiatives did not go far enough. It's always been hard to engage residents in the civic and political processes but at no point in the District do I think it's harder than now.” Brown currently serves as Advisory Neighborhood Commissioner 7C04 in Deanwood.
Twenty-three states and the federal government ban corporations from directly contributing to candidates. D.C. law has individual contribution limits, but corporations can flout the law by creating multiple entities known as limited liability companies, or LLCs. LLC’s do not have to disclose their true ownership and take advantage of the loophole by setting up multiple companies to "max out" the contribution amounts, even though they are owned by the same corporation.
Brown continued, “As Chairman of the Committee and a civic activist on the federal and local level I understand politics can be a money game. However, the District is behind the curve.  Our City leadership is lobbying other states to support DC’s statehood and voting rights in Congress. Our civic and political processes need to grow up, too.”
The BOEE is slated to hold a public meeting on February 13 to consider the initiative’s language and short title. With successful BOEE approval, the DC Committee to Restore the Public Trust will hit the ground running with petitions in time for the April 3 primary. Supporters of the corporate contributions ban will need to collect approximately 23,000 in 180 days.
To get more information about the D.C. Committee to Restore the Public Trust friend http://www.facebook.com/dcpublictrust and follow @dcpublictrust.
Posted by CHARLES WILSON at 5:20 AM No comments:

Have you ever had that awkward moment at work where you come in, get busy, take a breather and pat yourself on the back, and then look at the clock and realize it’s only…10 %@#*$ o’clock!
Mayor Vincent C. Gray may be thinking that same thing. Yep, the Mayor, who prefers to be called Vince, has only been mayor for a year.
There have been a number of efforts to reset the Administration—from shifts in personnel to starting new programs. Next week two prime restart buttons are being pushed.
On Tuesday, February 7, 7:00 p.m. at the historic Sixth and I Synagogue (600 I Street NW) the 2012 State of the District Address is slated to be delivered. Gray will give his outlook for the city’s future and growth.
Later in the week on Saturday, February 11, 9:00 a.m. the Mayor is hosting the One City Summit at the Washington Convention Center. The citywide chat-and-chew session will reportedly give the diverse swath of District residents a chance to weigh-in on the direction of their city. According to figures reported in mid-January about 989 residents had registered for the event. The Mayor hopes for at least 1,000 Washingtonians to participate. Snacks and lunch will be provided to attendees. More importantly, residents will have access to the Mayor and Cabinet heads. Pre-registration at www.onecitysummit.dc.gov is encouraged but not required.
Wards 7 and 8 are on the brink of immense change. Too often, though, our village set—late 20s-early 40s—doesn’t come out and participate in these feel-good but high visibility events. I challenge us to flip the script and not be obvious and not play the stereotype. We can:
-          plan to carpool to the State of the District and the One City Summit.
-          chat online and/or in person to come up with three-five issues we’ll push for Wards 7 and 8 at the One City Summit.
What do you say? What do you think?
Posted by CHARLES WILSON at 5:19 AM No comments: 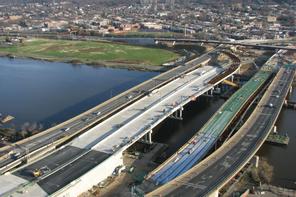 A couple of weeks ago I wrote blog post regarding the construction of the new 11th Street Bridge. In particular, I discussed Anacostia Resident's disappointment in learning that DDOT planned to close access to the 13th Street ramp prior to the opening of the new bridge. As a result, this would have added about 15 minutes to our daily commute just to leave the greater Anacostia neighborhoods.
Well today, I received some GREAT news. As a result of the community voicing our concern, DDOT has reconsidered their proposal. They will in keep the 13th Street Ramp open until the 11th Street Bridge is complete. Great work Everyone! I have included the official press release below.
Gray Administration Announces 13th Street SE Ramp to Close After New Local 11th Street Bridge Opens in Late Spring
As part of the continuing efforts to expedite the 11th Street Bridge Project construction while minimizing impacts on residents and motorists, Mayor Vincent Gray and District Department of Transportation (DDOT) Director Terry Bellamy announced today that the ramp from 13th Street, SE to the inbound freeway bridge will remain open until the new local bridge opens late this Spring.

“My Administration continues to successfully advance the 11th Street Bridge Project with as little impact on residents and motorists as possible,” said Mayor Gray. “I’m happy to announce that we’ve worked with contractors to have the 13th Street ramp close only after the new local 11th Street Bridge opens in late May/early June.”

Closing the ramp prior to opening the local bridge would reduce commuter traffic passing through local neighborhoods but would also cause local motorists to be detoured via Howard Road to northbound I-295 to cross the inbound 11th Street Freeway Bridge.  “As has been a hallmark of the 11th Street Bridge Project under the Gray Administration, we proactively communicated with residents and motorist as early as possible about the ramp closure but continued to consider additional options that would reduce the impact,” said Director Bellamy.

“As a result, this project continues to be a model for how major infrastructure projects in the District can be built in partnership with residents and other key stakeholders.”