If you haven't heard by now the Anacostia Warehouse Supermarket has closed and Yes! Organic Market is soon to follow by closing at the end of the year.

Though there has been a lot of press about both, most of the attention has been focused on Yes! because it is the newer business and received financial help from the District Government to open East of the River. The news has led many to believe that the closure is because the community is either not interested in organic food products or its just too expensive.

A couple of weekends ago, I put on my Mike Debonis/Tim Craig hat and did some investigative reporting. I wanted to compare the prices of food products from Yes! Organic to those at the Anacostia Warehouse.

The Anacostia Warehouse Supermarket is located on Good Hope Rd and has been in operation for a number of years. I’ve been told that it has done well financially so I was assuming that prices must be cheaper. I was never a regular shopper at the Anacostia Warehouse. I’ve been in one time and left quick. Needless to say, the facility was hideous and I cannot understand for the life of me why the District did not shut this place down years ago. I am sure it had hundreds of health code violations.

But let’s put that on pause and compare prices between the two. Again, keep in mind, this is supposed to be my version of an undercover sting operation so the pics might not be the best. 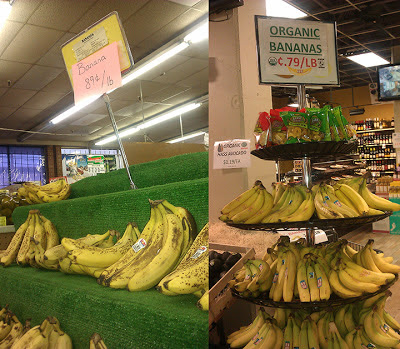 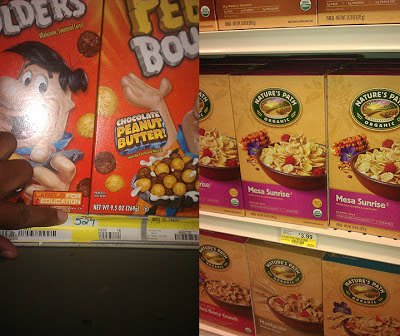 So here is what I learned doing this exercise:
1. Anacostia Warehouse Supermarket was charging some outrageous prices for some of its products.
2. Though its prices were high, it was supported by residents in part because it was convenient to get to and they were familiar with its food products.
3. There is a mental barrier when people think of organic food. I think many assume that organic food is different and more expensive.
4. Yes! Organic most likely is going out of business because they were not aggressive in introducing residents to it food products.
5.  Organic manufactures should rebrand there packaging to make it more appealing to customers. If packaging looks bland, I think people think the food is tasteless.
6. Location, Location, Location is important in real estate. Though many wanted to support the store, it was a hassle to get in and out of the building.
7. The City needs to step in and work with the new owner of the AWS Building to get a full service grocery story in this location.
Posted by CHARLES WILSON at 8:14 PM 16 comments: