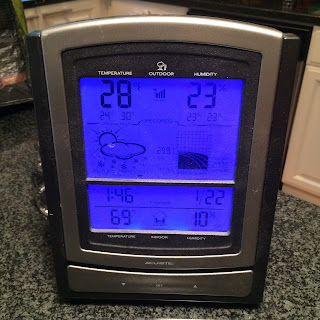 Were you glued to the TV all week listening to the weather newscasters trying to predict the snowfall totals? It seemed everyone had their own predictions. In addition to New Channel 4 and City Administration updates,  I know of a reliable source right here in Ward 8. Did you know Ward 8 has its own weatherman? His name is Commissioner Troy Prestwood!

Troy is Commissioner for 8A04, co-founder of the River East Emerging Leaders and Public Relations Chair for the Ward 8 Democrats. His background is journalism, but he also has a passion for the Weather. 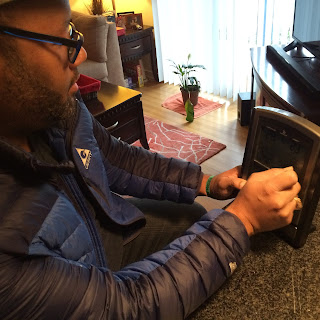 storm as a kid. To pass the time, he would watch the news trying to see when he would be able to go back outside to play with friends. This interest has grown where he has actually taken weather reporting classes with the Washington Post. He is now a local amateur weatherman who reports on Anacostia weather conditions to the National Oceanic and Atmospheric Administration.


As you can see from the pics, he has own weather station in his condo. He as a remote sensor outside that reports to the station giving him regular updates. So if you want to get a really local weather prediction, be sure to reach out to Troy on twitter!

Posted by CHARLES WILSON at 10:57 AM No comments: